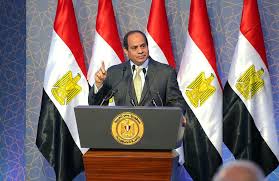 Recent evens in Iraq and Libya have dominated virtually all Arabic TV news programs and internet sites this weekend, as events and reactions continue to unfold.

Popular Egyptian talk show host ‘Amru Adeeb, on his show al-hakaya (the story) which airs every weekend on MBS-Egypt, opened his coverage of America’s killing of Qaseem Solaimani with the words: “Trump just won re-election!” He repeated the phrase several times, with pauses in between for dramatic effect.

He went on to say that Trump is “strange. Perhaps the strangest president America’s ever had, but he made the strong decision. And the whole world is astonished!”

He added that Qaseem Solaimani has left a “river of blood” all across the Middle East. The protestors in Iraq, the hundreds that have been killed . . . “that’s on Qaseem Solaimani.”

Regarding America’s follow-up attack on installations of the Iraqi Hizbollah (one of the heshd sha’abi (Iranian operated Iraqi Shi’a militias), ‘Amru Adeeb said that it was because Trump wanted to take out those who had attacked the American embassy.

He added that “America is no longer reacting. America is acting!”

‘Amru Adeeb is close to the as-Sisi regime, and has connections with the upper echelons of Egyptian General Intelligence (EGI), so his views generally reflect those of the current Egyptian government.

U.S. intelligence is saying that Iran had been planning to stage a coup in Iraq. Why they would want to do that might be a mystery to some, given that the current Iraqi government is virtually subservient to Iran as it is. But, perhaps submission is not enough, what the Iranians would want is a clone of themselves in Iraq, so the coup would be to replace the current submissive government with a full Shi’a Islamic Republic.

This coup, had it occurred, would have been spearheaded by the all of the heshd sha’abi (popular militias) and directed by Solaimani. Therefore, just taking out Solaimani was not enough. The Americans had to also take out elements that were to play a key role in the proposed coup.

In Iran’s capital city of Tehran, the regime called out tens of thousands of their supporters to protest the killing of Solaimani, whom many thought was a future president of Iran. However, elsewhere in Iran, there were equally large outpourings of demonstrators expressing their joy over Solaimani’s death.

In Iraq, a similar situation. In the capital, Baghdad, there were demonstrations by the pro-Iranian crowd against the killing of Solaimani, and chants of “America is the great Satan.” But elsewhere there were even larger outpourings of people (including shi’a) dancing in the streets, and celebrating Solaimani’s death. “No more Solaimani” they chanted.

The Saudi-owned www.alarabiya.net is reporting that the Iraqi government has placed additional “restrictions” on the American forces in Iraq after the killing of Solaimani. Many Iraqis have expressed their fear that their country will become the battle ground for a war between Iran and America.

Most of the guests interviewed by the anchors on the sister Saudi-owned TV channel of al-arabiyya TV were pleased with the take down of Solaimani. The regular news casts on al-arabiyya TV have reported that Iranian newspapers are reporting that Iran’s revenge will come via their militias, meaning that militias in countries other than Iran will do the dirty work leaving Iran’s hands theoretically clean.

In Lebanon, folks also feared that their country would suffer from Iran’s anger. In Lebanon, the largest and most powerful “political party” is Iran’s puppet terrorist militia, the heavily armed Hizbollah. So, the fear is that they might trigger a war with Israel, which would hurt all of Lebanon, and/or attack western embassies and other western interests in Lebanon.

The UN SEC GEN Gutierez warned Turkey against intervening in Libya. This is noteworthy because it is the UN that made the mistake of granting international recognition to the Turkey-supported Sirraaj government in the first place.

U.S. President Trump has also advised Turkey to not intervene in Libya. Yet, the U.S., like most other countries, still maintains an Embassy in militia-controlled Tripoli.

Libyan General Hafter said they will teach Turkey a severe, and historical lesson if they try to intervene in Libya.

Nonetheless, Erdogan seems poised at this point to follow through with his plan to send Turkish troops to Libya. He is talking about only 250-300 at this point. However, French intelligence has reported that four civilian airliners carrying fighters from Syria has landed near Tripoli, courtesy of Erdogan. An article in today’s www.alarabiya.net talks about 1,000 Syrian “mercenaries” that Turkey has trained and shipped to Libya.
These Syrian “mercenaries” are the al-Qaeda, ISIS, and Muslim Brotherhood types whose goals match that of the Turkish regime.

During the above-mentioned al-hakaya program by popular Egyptian talk show host ‘Amru Adeeb, he touched on the Libya situation as well as Iraq. While condemning Erdogan’s moves, he commented that in his view the Trump administration was okay with Turkey moving into Libya because the Russians were supporting the other side. At the time, I tended to agree with that comment based on previous statements by the administration. However, Trump’s more recent comment advising against Turkish intervention has to be seen as a positive development. It is far better that the U.S. remain neutral on the Libya situation than to offer moral, diplomatic, or any other sort of support to the wrong side (which happens to be the side that Turkey supports).

While ‘Amru Adeeb was ranting about Erdogan’s Libya moves, a split screen was showing scenes from the below-mentioned Egyptian military exercises. The Saudi-owned al-arabiya TV did the same thing during their coverage of the Libya situation.
I believe that these military exercises by Egypt were not just to make sure the troops were ready in the event they should be needed, but it was also a message sent to Turkey. Likewise, the TV coverage of these exercises in conjunction with the news coverage on the Libyan situation made it clear that this is a specific warning to Turkey

I doubt that the Libyan National Army by itself could do much against a full scale Turkish invasion. Their air force consists of about two or three ancient MIGS left over from the Soviet era, and a handful of helicopters. The mechanized portion of their army appears to be primarily Japanese pick-up trucks with machine guns, artillery, and anti-aircraft guns converted to artillery mounted in the back. Maybe two or three ancient Soviet tanks. However, were Egypt to enter the Libyan war in earnest, they would hand the Turks their rear-ends and send them packing. Some comments coming out of Egypt now indicate that they just might do that.

While previous comments coming out of the Egyptian regime have stressed that Egypt’s army is just for defending Egypt’s soil, and Egypt’s borders. Period. Comments coming out this weekend include the importance of defending Egypt’s national security, and a stable Libya (i.e. free of terrorists and Turks) as being in the interest of Egypt’s national security. There have also been comments to the effect that Egypt is prepared “to defend its coastlines and the coastlines of its neighbors” (i.e. Libya).

Coincidentally, or not, the Egyptian military on Saturday morning 04 January 2020 staged a huge naval exercise and practice marine landing on one of its Mediterranean beaches west of Alexandria. Participating in this exercise were landing craft for unloading Humvees, tanks, and other heavy equipment, a helicopter “aircraft carrier” and the ‘copters it bore, Apaches and Shinooks, submarines, and anti-submarine aircraft and naval craft, F-16s, and special forces.

In comparing the militaries of Turkey and Egypt, Turkey has the larger and more powerful navy, as Erdogan has been spending billions on his navy in preparation for ruling the entire Mediterranean as in the Ottoman days of old. But Egypt likely has adequate submarine forces (including the latest German models), and anti-submarine air craft to take out any Turkish ships approaching Libya that it wants to.

In terms of air power, Egypt wins hands down. Both countries are equipped with substantial numbers of F-15s and F-16s, and NATO helicopters, but Erdogan purged most of his pilots in the wake of the failed coup attempt of 2016, and they as yet do not have adequate replacements.

While the Turkish army could probably muster close to the same amount of manpower, given the respective populations of the two countries (80 million for Turkey, 100 million for Egypt) as Egypt, they would have the logistical problem of transporting them across the sea, and then problems of supply. Whereas Egypt would have the advantage fighting close to their home soil. The Turkish army also has command and control, and chain of command problems thanks to Erdogan’s numerous purges of the army beginning in 2009, and continuing through 2016.

Then there is the matter of Egypt’s huge, modern tank force, and the flat, easily traversed terrain between Cairo and Tripoli.

The Iraqi parliament met to vote on expelling U.S. forces from Iraq in the wake of the killing of Solaimani and a number of his stooges. Significantly, the Sunni Arabs and the Kurds boycotted the meeting, leaving the Iranian stooges, including the Prime Minister, totally in charge.

After the vote by the Iran-subservient Iraqi parliament, protests broke out in Baghdad against the decision according www.alarabiya.net. Other protesters in the Shi’a holy city of Karbala protested the parliament’s decision by blocking the road to Karbala, and burning tires.

Iraqi Shi’a leader Muqtada Sadr has recommended that Iraq close down the U.S. embassy in Baghdad, and pass a law criminalizing any contacts of any sort with any and all Americans. An article in www.alarabiya.net says that Muqtadi Sadr, whom they call a “proxy” of Iran, has also called for the formation of an “international militia.”

Another alarabiya.net article hints that Iran and its proxies may go after European targets.

The Leader of Iran’s puppet Lebanese Shi’a Hizbollah, Nasrallah, has stated that the killing of Solaimani launched a “brand new era in the Middle East.” The implication of his words were rather ominous.

Judging from the reactions and comments coming out of the Iranian leadership, and from their client terrorist entities around the Middle East, such as Hizbollah and Hamas, Iran will try to unleash a broader reign of terror throughout all of the Arab countries using its proxies to do the dirty work.

Iran’s analysis being that by using their proxies to do their dirty work (including killing American citizens, attacking embassies, consulates, and private businesses) in other countries, that any response by the U.S. will take place in the countries where the attacks take place, causing those countries also to want to sever ties with the U.S. as Iraq is doing.

Meanwhile, the Iranian regime is under increasing pressure, not only economically from Trump’s embargoes, but internally from their own population’s disgust with the regime’s behavior and domestic policies.

BOTTOM LINE: As things escalate throughout the Middle East, and assuming that the U.S. responses will increase in severity as well, the Iranian Mullah’s may well reach the conclusion that “if we’re going down anyway, we’re going to set the entire Middle East on fire and let Allah sort it out later.”