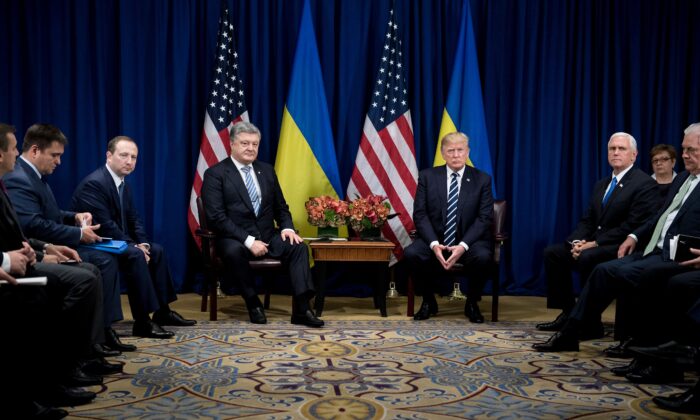 Last month, The Washington Post broke the story that an unidentified person filed a whistleblower complaint against President Donald Trump based on a phone call to Ukraine, during which Trump requested the completion of an investigation started long ago regarding former Vice President Joe Biden and his son Hunter.

As a retired CIA operations/intelligence officer and swamp-dweller of 25 years, let me lay out what it means and why the complaint really took place.

An aspect that is troubling to anyone that is an honest intellectual or informed reader is that this latest accusation against the president is made from the precise same mold as the completely discredited “Spygate” accusations and Mueller investigation, which we now know falsely claimed the president had colluded with the Russians.

In a very “here we go again” moment, the president was initially accused of making a “promise” to the Ukrainian leader that was very “troubling.” We have since learned it was a request, not a promise, and that request was for the Ukrainian justice system to move forward.

By his own admission, when Joe Biden was still vice president and visiting Ukraine, he insisted that Ukraine fire the prosecutor who was investigating his son in a criminal matter, or else he would block a desperately needed billion-dollar aid package. This seems to be a textbook example of obstruction of justice, albeit in Ukraine.

According to the mainstream media reporting, the implication is, of course, that the president did something that once again constitutes collusion with a foreign power or is in some way illegal or immoral. There is an immediate problem with this story and how it is being covered by the mainstream media.

As we all know, whistleblower is a term for someone on the inside who reports on illegal activity. Here is the rub: Foreign policy is set by the president, and he’s fully within the rights and responsibilities of his office to promise or request of a foreign leader anything he wants.

I doubt we have ever had a U.S. president who hasn’t requested something of a foreign leader. To suggest that there is something inherently wrong with that is misleading at best and an outright lie at worst.

What has been reported specifically is that Trump made a promise that is so troubling that an official from the intelligence community, who was aware of the promise, filed a complaint. The complaint was filed with the appropriate authority, in this case, Inspector General (IG) of the Intelligence Community (IC) Michael Atkinson.

The IG looked at the whistleblower’s report and found it credible enough to forward it to his boss, acting Director of National Intelligence Joseph Maguire. Maguire has stated that there are issues with the report and he seeking legal advice before proceeding.

Here is his conundrum: Biden admitted to pressuring Ukraine to fire a prosecutor who happened be investigating his son. Trump requested that the Ukrainian justice system be allowed to continue that investigation. To be clear, by all accounts, Trump didn’t request an outcome of the judicial process, only that it be allowed to continue after it was stopped in its tracks by Biden.

How should Maguire proceed with a “whistleblower” complaint that is about the person seeking justice and not the person who obstructed justice? How is this anything other then a politically motivated hit job by an anti-Trump individual who puts his personal political views above national interests?

Just in case there is anyone who still thinks the IC is a professional nonpolitical structure, let me remind everyone of the 2019 National Intelligence Strategy (NIS), which provides the IC with its strategic guidance for a four-year period and to which all IC agencies contribute. In the most recent NIS, global warming was listed as one of the most serious dangers we face.

At a time when terrorism and aggressive Chinese global ambitions are a real danger, just to name two issues, the IC is worried about a narrative that has been wrong in its predictions for decades. At that moment, the IC and its leadership were proven to be nothing more than political and no longer interested in serious national security concerns.

The very same IC leadership included senior FBI leaders who appear to have attempted to overthrow a legally elected U.S. president and apparently are now in the process of being investigated; indictments are possible. Coming directly from the IC, I have warned the president in earlier opinion pieces that IC leadership can’t and shouldn’t be trusted.

The problem is that, over the past two decades, to get into the leadership pipeline anywhere in the IC, you have to be a liberal. Had I not seen it myself, I would doubt it, too.

The largest factor that makes someone promotable is their current job. Certain choice jobs give experience in areas that are required for promotion. Here’s where the system has been perverted. Who is given what job doesn’t have any protections, so choice jobs are handed out to party loyalists without regard to who is the most qualified.

Those better positions make the person filling them the most promotable; this is exactly how the leadership pipeline is controlled by the left in all of government. When we learn the identity of the “whistleblower,” I bet we will find he or she is someone of the left who had been favorably promoted, putting them in a position to harm the president.