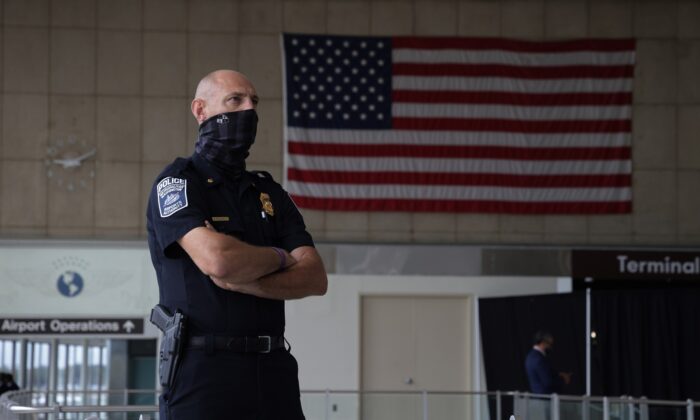 The Bible teaches us to “Beware of false prophets, which come to you in sheep’s clothing, but inwardly they are ravening wolves” (Matthew 7:15). Today, false prophets abound, clad in the sheepskin of racial justice, but seeking to devour our brave men in blue.

As anti-police animus sweeps the country, driven in part by the self-identified “trained Marxists” of the Black Lives Matter movement, more and more examples crop up of bills purporting to address law enforcement malfeasance that actually appear aimed at achieving law enforcement frailty.

For instance, on behalf of Americans for Intelligence Reform, I testified recently before the Washington City Council Committee on the Judiciary and Public Safety in a hearing to consider recommendations of the D.C. Police Reform Commission and the bills supposedly associated with it.

What I actually found in the legislation shocked me.

One bill, for example, titled in part the “No Jump-Out Searches Act,” appears to have nothing whatsoever to do with jump-out searches.

Not that so-called jump-out searches are necessarily a problem in Washington. Supposedly, such searches involve police officers pulling up suddenly in unmarked vehicles to intercept a group of subjects without alerting them and conducting searches for weapons or drugs.

Of course, if the subjects weren’t suspects of weapons or drug law violations, such behavior would be deplorable. All Americans have a Second Amendment right to bear arms, for instance.

Yet as early as 2013, then-Metropolitan Police Department Chief Cathy Lanier called such claims “fantasy.” In 2015, the MPD said it hadn’t used this policing tactic for at least 15 years, and even then, it was employed only for high-risk arrests. Lanier charged that activists were likely referring to vice units, responsible for covert drug busts. According to Lanier, “An 11-year-old telling a story, and then the ACLU retelling that story, is not a fact.”

Moreover, even if the MPD did still engage in jump-out searches, this bill appears to have no effect whatsoever on restricting such a practice. Instead, the plain text of the bill prohibits the MPD from conducting searches of unoccupied vehicles unless an array of requirements are met.

What is the real concern here? It appears that the true goal of the legislation is to stop the MPD from ever searching empty vehicles. And why? Because the MPD might find contraband of one kind or another in them.

Why would we not want the MPD to find contraband?

In the case of drugs, it may be that some don’t believe that drug possession should be illegal in the first place. Given that the number of people in Washington who died of drug overdoses rose from 213 in 2018, to 281 in 2019, to 349 in 2020—a nearly 40 percent increase over that time period—that seems like a terrible policy position. Regardless, it has literally nothing to do with jump-out policing.

In the case of firearms, it may be that some don’t want individuals charged over concerns about mass incarceration. The problem with this in turn is that 2019 saw the highest homicide rate in the district in more than a decade, 2020 was worse, and homicides are up 35 percent in 2021 compared to this time last year. Apparently, D.C. policymakers want more gun control to restrict legal ownership, but don’t want to catch criminals with illegal firearms.

Finally, the bill explicitly states that the owner of the vehicle shall have the right to sue the individual officers not adhering to this law in their individual capacity. Such a policy would worsen the problem of police officers quitting. Last year, the D.C. police union president revealed that 70 percent of police officers in Washington were considering quitting. In fact, since the D.C. Council bill intended to reform district policing went into effect last year, at least 313 officers have retired or resigned.

Current D.C. Police Chief Robert Contee said that police officer attrition is a concern, noting that the MPD is “at an all-time low in terms of morale.”

“Every year, we lose officers to resignation, retirement, termination.  Certainly, we want to make sure that our officers who are out here doing the job that they are properly supported with the resources that they need.”

Yet this bill moves in the opposite direction, while at the same time directly harming public safety—all without a single mention of jump-out searches outside of the title.

Such anti-police, anti-policing bills are moving through city councils, state legislatures, and Congress in alarming numbers.