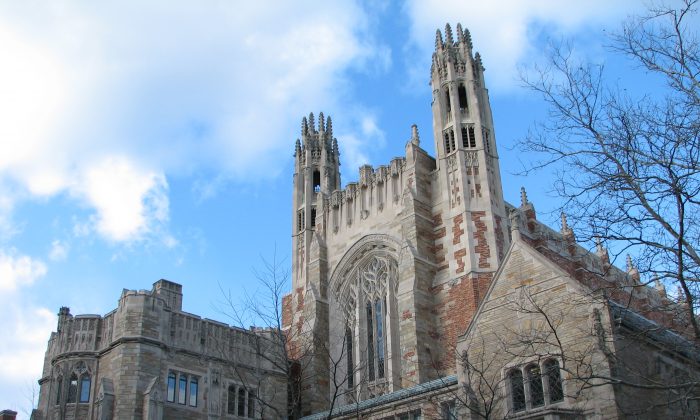 The Sterling Law Building of the Yale Law School on Feb. 7, 2007. (Public Domain)

The report is part of a larger project by the National Association of Scholars (NAS). It includes a survey of 173 colleges and universities, public and private, in all 50 states, finding 46 percent of schools segregate student orientation programs, 43 percent segregate residential arrangements, and a towering 72 percent segregate graduation ceremonies.

Wood acknowledged neo-segregation differs from Jim Crow in that it is voluntary: “It invites students of color to separate themselves out from the rest of the campus.” A Wall Street Journal op-ed timed to correspond with the rollout, however, charged, “Though these arrangements are ostensibly voluntary, students can’t easily opt out.” Moreover, while accommodations might be open to other races de jure, history demonstrates those trying to cross racial lines face bullying, intimidation, and even violence, inevitably leading to continued de facto neo-segregation.

Wood quoted the Supreme Court’s 1954 Brown v. Board of Education verdict that argues, “in the field of public education, the doctrine of ‘separate but equal’ has no place,” as segregated schools are “inherently unequal,” and thus segregated minority students were “deprived of the equal protection of the laws guaranteed by the 14th Amendment.”

As Pierre put it, this kind of segregation “has always been with us.” That is, “as soon as colleges began integrating, minority students demanded separatism in various forms.” Within 14 years of Brown, Pierre reported, students began to receive neo-segregated accommodations. 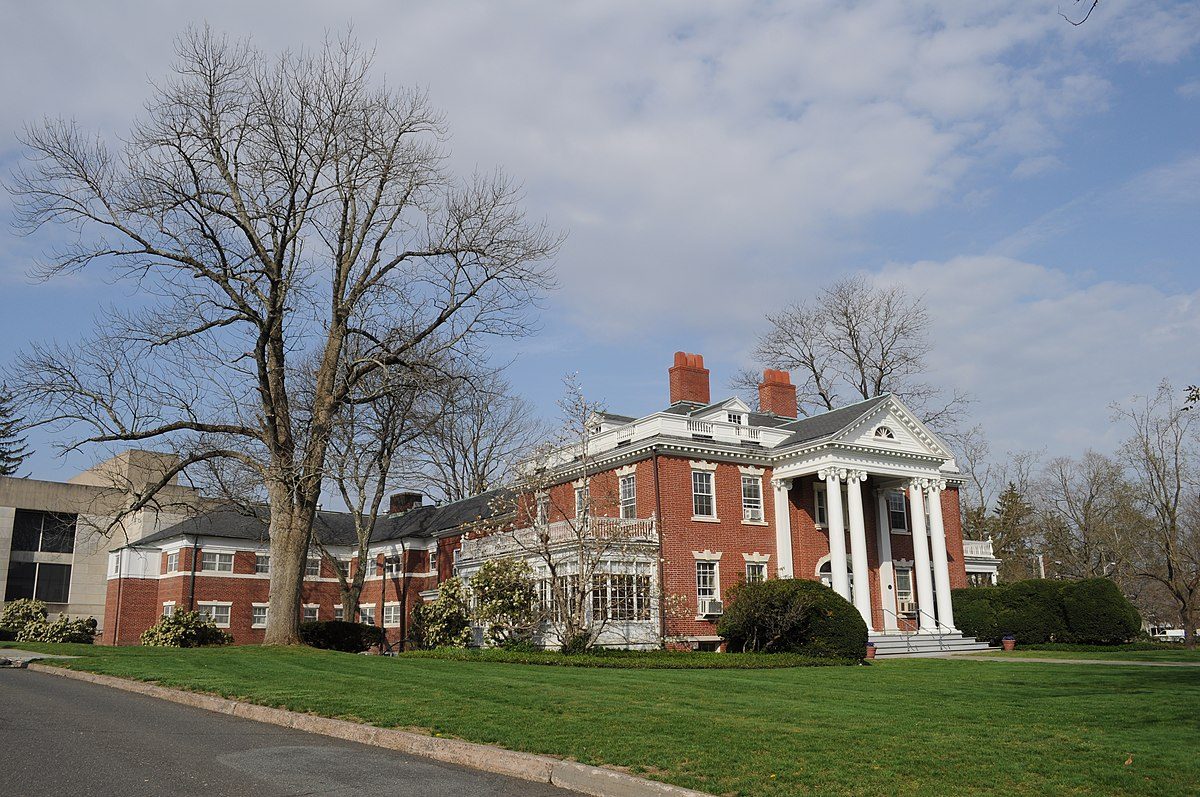 A “white English teacher” quoted in the piece called Ujamaa’s diktats “the language of escalation. They have to be deciphered rather like statements from the Kremlin.” Setting aside Wesleyan administrators’ dreams of “many races, one community,” Ujamaa’s co-director told the Times, “I’ll keep 10 percent … just to remember that the white folks still exist. I haven’t found the button yet that will get rid of them.”

Pierre said Wesleyan’s struggle to assimilate black students “culminated in the Fisk Hall takeover of 1969.” Wesleyan rewarded that disruption with “a segregated dorm, one that was officially recognized,” not just the Afro-American Cultural House they already had. Black Wesleyan students had “their own library, they were hosting segregated dances,” but the Fisk Hall takeover won them Malcolm X House—symbolic, Pierre said, because, among blacks, Malcolm X was “one of the first mainstream American figures to condemn integration.”

Seeking a Cure
Wesleyan’s situation had a neo-segregation nexus in New Haven, where the Black Students Association at Yale (BSAY) was founded in 1964. That year, Yale’s president and admissions dean set out on an “effort to cure racial injustice,” including, according to Wood and Pierre, admitting minority students “regardless of their test scores or other evidence of academic achievement.”

Unfortunately, Wood and Pierre report, “the results were catastrophic for the students.” Over a third of the 35 black students Yale enrolled in 1966 dropped out their first year alone. Others “lagged behind academically and felt unwelcome.” Trying to triage the trauma, Yale established a “summer remediation program” for black students—which only “isolated the black students as a group and gave them a sense of solidarity and shared grievance,” Wood and Pierre argue.

That isolation led to BSAY demands for separate advisers, a separate orientation, a separate center in a separate building, and even a separate curriculum, the African-American studies program, which required separate faculty members with separate qualifications, the NAS authors report. Even then, say Wood and Pierre, Yale began to bear “a strange resemblance to the ‘separate but equal’” world pre-Brown. According to the authors, Yale met every new demand with accommodation, and BSAY “grasped that racial intimidation yields rich rewards.”

The result is on display at Yale now, says Wood, including the infamous 2015 mobbing of Nicholas A. Christakis, a Yale professor who found himself encircled for two hours by approximately 100 students after his wife Erika circulated an email in which she counseled students not to be so uptight about Halloween costumes.

A video of the confrontation went viral, featuring student Jerelyn Luther, screaming inter alia “who the [expletive] hired you?” at Christakis. Ironically, Pierre noted, Luther served on the committee that selected Nicholas and Erika Christakis as heads of Silliman College, the residential dorm at Yale, so the answer to Luther’s profanity-laced question was, in part, Luther.

Regardless, Nicholas and Erika Christakis were driven to resign from the university within a month or two, to the “glee” of those within the community that wanted them gone, according to Wood. Later that year, Yale President Peter Salovey reacted to the kerfuffle by devoting $50 million to spend on “diverse” faculty, which, in turn, has resulted in more than 60 hires so far—and, arguably, to the 2016 disclosure that no “underrepresented minority” faculty member had lost a tenure bid in five years.

Yale went on to award two of the mobsters, Alexandra Zina Barlowe and even Abdul-Razak Mohammed Zachariah—the student who came closest to physically attacking professor Christakis, according to Wood—its Nakashini Prize, supposedly for “two graduating seniors who, while maintaining high academic achievement, have provided exemplary leadership in enhancing race and/or ethnic relations at Yale College.”

Worse, argues a piece that Wood read from at the report’s rollout, “By perpetuating a false narrative about its own racism, Yale, like the vast majority of colleges and universities today, encourages its minority students to think of themselves as victims.”

The NAS project suggests that the early pattern at Wesleyan and Yale appears not only to have escalated within the schools, but also to have spread across the country, in ever-more cases manifesting not as successful diversity and inclusion, but instead as neo-segregation.

Beyond Yale’s walls, and those of the other schools following its lead, the piece Wood cited concludes, “it augurs a country ever more primed to see bias where none exists and ever more divided by group identity.”