Following the above five steps will vastly improve the ability of our intel analysts in all of our
intelligence agencies to do their jobs, and ensure that the super grades at the top are getting valid,
correct information. It will thus prevent their being surprised by events such as 9/11, the rise of ISIS,
Orlando, San Bernadino, Ft. Hood and many others, as we have seen recently.

In recent years, The CIA has become far more involved in advancing a political agenda and has become involved in domestic political issues. The CIA has lost sight of the reason for it’s own existence and that is to obtain valuable intelligence using espionage to protect the United States of America, its citizens and also represent the policies of our Nation overseas.

Americans for Intelligence Reform is actively working with U.S. policy makers and many others who are concerned with our National Security to make America safe, strong and free. We actively pursue legislation and new Congressional oversight initiatives to ensure our safety and keep America strong and free.
A past priority for AIR was to change the US policy which publicly categorized many terrorist attacks taking place in the United States as ‘lone wolf’ attacks. This AIR initiative completely upturned the dialog in United States government reporting and main stream media coverage and was a stunning achievement for AIR. For the first time for any organization or media, AIR publicly pointed out the inconsistencies and outright lies used to manipulate the public into thinking lone wolf attacks are something other than organized radical Islamic terrorism. AIR explained and documented how terrorist groups such as ISIS take full credit for the attacks and have pre-recorded video confessions from the attackers who pledge their allegiance to ISIS. Also detailed evidence showing how ISIS and Al-Qaeda troll the internet looking for susceptible individuals willing to carry off such attacks. AIR detailed how instructions are published by ISIS and Al-Qaeda on how to carry off such attacks and how the terrorist methodology was repeated scores of times on a worldwide bases killing many hundreds of innocent individuals. AIR is directly responsible for bringing the truth to light in the United States which eventually spread to the rest of the West.

“The overall objective of AIR is to make the the CIA stronger,  smarter and the most effective intelligence agency in the world. A strong, effective CIA is absolutely fundamental to US National Security and the safety of our citizens.” 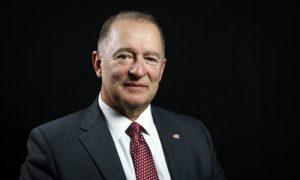 Analysis: Venezuelian thwarted coup, the truth and the probable outcomes.