Brad Johnson retired as a Senior Operations Officer and Chief of Station with the Central Intelligence Agency’s Directorate of Operations. He has served domestically and abroad with numerous assignments often during periods of armed conflict. He has served overseas in direct support of the War against Terrorism.

He has proven expertise in dangerous operational environments with the highest level of training and extensive direct experience in tradecraft for dangerous areas. His proven expertise also extends to denied operational environments (most difficult and restrictive) with the highest levels of training offered anywhere in the USG or the world and extensive direct experience.

Mr. Johnson managed the overseas portion of the Persons Indicted For War Crimes (PIFWC) program and has served overseas as Chief of Station multiple times.

He is an enrolled member of The Cherokee Nation, a Federally Recognized Tribe. Since his retirement from the CIA, Brad has run a successful intelligence related training company.

In the summer of 2017, Mr. Johnson founded the non-profit organization Americans for Intelligence Reform to create awareness for political corruption and diminished capabilities within the intelligence community and to raise support CIA families who have lost a family member in the performance of their duties. Mr. Johnson often speaks at Universities, Churches and Events. Rich is an expert on the nexus between theological doctrines and information age unconventional warfare and has spent 20 years combating terrorism.

In 2004, Rich formed the Department of Defense’s (DOD) Irregular Warfare Support (IWS) program office and served as the organization’s first Program Manager until June 2010. In this role he was directly responsible for the creation of several new strategic and operational capabilities.

Rich has advised the White House, Congress, and Foreign Governments on strategy, technology, and terrorism related matters. He is a 2011 Lincoln Fellow from the Claremont Institute.

A US Army Veteran, Rich holds a Bachelor of Science in Mechanical Engineering from Tufts University as well as a Masters Degree in Strategic Security from the National War College. 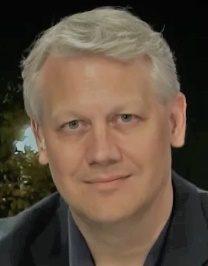 Christopher C. Hull, Ph.D. is the immediate past Executive Vice President of a three-decade-old national security think tank. Before that, Dr. Hull served as Chief of Staff for a nationally prominent Member of Congress.

Dr. Hull has more than 25 years of experience in politics, public policy, and government relations. He has held positions including the majority staff director of a state Senate, press secretary in the U.S. House of Representatives for a Ways and Means Member, assistant to the director of communications of a national party committee, a foreign affairs and trade legislative assistant in the U.S. Senate, and a researcher in a major think tank. He began his career as a White House intern and then full-time volunteer in the Issues Group of a president’s reelection campaign. 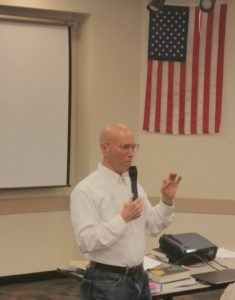 Barry Webb has logged a 25-year career as an Arabic Translator/Analyst for the National Security Agency and other intelligence agencies where he held top secret and above clearances. He has worked military intelligence, counter terrorism, diplomatic intelligence, and economic intelligence in both sigint and osint formats and has lived, worked, and studied in the Arab Middle East for over half a dozen years. Along with two colleagues he compiled the nation’s first terrorism data base.

Mr. Webb holds two MA degrees, one in Ancient History, and the other in Middle Eastern Studies. He has also taught some school along the way. Mr. Webb began studying the Qur’an in Arabic in the mid-70s in Egypt from a Muslim who tried (and failed) to convert him. But, since then, Mr. Webb has continued to study the Qur’an and Islam. He has read the Qur’an front to back numerous times in both English and Arabic and is an authority on Islamic jurisprudence and the linguistic and historical backgrounds to Islamic thought.

After retiring he has continued to follow the rise in terrorism around the world, and kept his eye on events in the Middle East via Arabic news sources such as the satellite TV stations of al-Jazeera and al-Arabiyya as well as Arabic print media over the internet. In addition, he has also read countless books and articles in English on Islam and terrorism. All of these experiences and studies combined with our government’s refusal at all levels to understand the issue have scared the “you-know-what” out of him which in turn inspired him to write his recently published book “CONFESSIONS OF AN (EX) NSA SPY: Why America and its allies are losing the war on Terror,” and his soon to-be-published book “CLASH OF CIVILIZATIONS 2.0: The Arab/Islamic View.”

Mr. Webb currently lives in Arizona where he is a popular figure on the conservative speaking circuit. His website is: www.barrywebbauthor.com 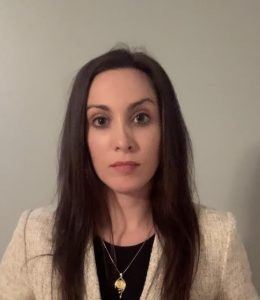 Ms. Dixon started her first business at the age of 18 and has continued on track as an entrepreneur since. She and a partner founded a successful IT business and served on the board of directors. Over the last decade, Ms. Dixon founded a very successful marketing firm where she continues to be active. She specializes in marketing strategies, business expansion strategies and market research and analysis. In addition, Ms. Dixon is a subject matter expert in media consulting, political consulting, digital advertising and public relations. 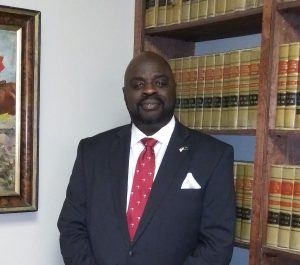 Strategic, Business focused Political Consultant with focus on data interpretations, flow of information and statistical analysis. Background in research and development of new ways of expanding the political base through social media with an established ability to bridge diverse, political, and social circles.
Exceptional interpersonal communication, negotiation, and presentation skills with all levels of corporate and political communities.,