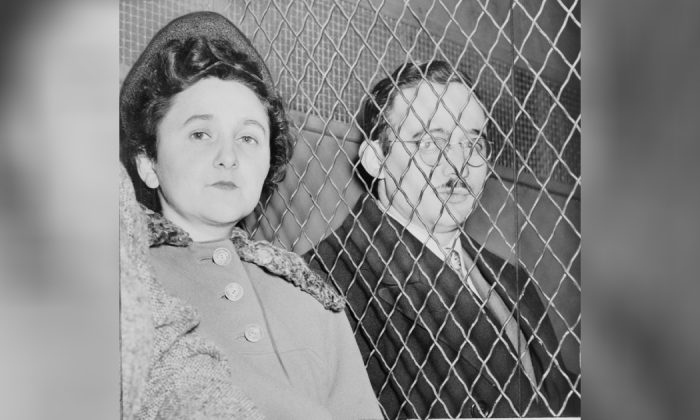 As a career CIA operations officer and former chief of station, I’ve spent most of my adult life directly involved in U.S. national security issues. One of my observations early on was that generally what we now call the mainstream media in the United States has long been in many ways anti-United States.

This grew out of a pseudo-intellectualism among left-wing individuals who, following World War II, greatly admired the socialism of the Soviet Union and, to a lesser degree, Chairman Mao in communist China.

In fact, these radical leftist forms of government from Russia and China were known as “the great experiment” until only recently.

To add a little perspective, the USSR’s Joseph Stalin and China’s Mao Zedong are the only two people on Earth who have actually slaughtered more people than Hitler, and they did it mostly during peacetime. I’ve yet to hear any rational argument as to why these two individuals should be thought of any differently than their fellow socialist and mass murderer Adolf Hitler.

Yet following World War II, the relative benefits of the great experiment of socialism versus democracy was hotly debated. In fact, one of the greatest betrayals of U.S. national security interests was based on exactly this admiration for socialism.

A couple largely forgotten by modern history named Julius and Ethel Rosenberg led a ring of spies that allegedly provided information to the Soviets that gave them the ability to build their own atomic bomb. The U.S. atomic bomb was very likely the only thing that stopped Stalin from continuing his conquest of Europe and other areas immediately following World War II.

Once the USSR was able to perfect its own bomb based on the stolen information provided by the Rosenbergs, it was launched into the position of the world’s second superpower, and started the Cold War. Stalin’s plans for additional world conquest continued, albeit indirectly, through surrogates.

The Rosenbergs were executed by electric chair for conspiracy to commit espionage, in June 1953. The judge at their trial who sentenced them to death was prophetic when he stated, “By your betrayal, you undoubtedly have altered the course of history to the disadvantage of our country.” Stalin was, of course, the principal “bad guy” who was the actual imperialist desiring world conquest. However, he was enabled by the Rosenbergs, who gave him the atomic bomb.

The Cold War that followed was fought indirectly through surrogates rather than as a direct confrontation between superpowers. Also largely lost to modern history, there were on the order of 100 small wars fought through these surrogates all over the world. Many hundreds of thousands of people were killed in these many shooting conflicts, which ranged widely in size and intensity. Many of those conflicts, if not all of them, wouldn’t have taken place if it weren’t for the atomic spies, and they certainly bear responsibility for major bloodshed.

Those from the left, including The New York Times, still to this day try to make arguments that the Rosenbergs were variously innocent or even that no crime actually took place.

Deep anti-U.S. sentiment has always been just below the surface and is likely why The New York Times has attacked American exceptionalism for decades. Now, the newspaper has taken off its gloves and is brazenly showing its true colors.

For this year’s 2019 Fourth of July celebrations, the newspaper kicked off a campaign directly attacking the United States. As part of that campaign, on July 2, its opinion page posted on Twitter, “The myth of America as the greatest nation on earth is at best outdated and at worst, wildly inaccurate.” That says it all, and The New York Times is finally open about who and what it is.

Most recently, it launched the “1619 Project,” which aims to demonstrate “that nearly everything that has made America exceptional grew out of slavery.”

There has been heavy public pushback against the newspaper, which it deserves.

From the viewpoint of this patriot, who served his country proudly for 25 years—nearly 20 of which were overseas and often during periods of conflict—I question whose side The New York Times is on. The perspective it peddles, which is completely lacking in any intellectual integrity or honesty, is so similar to that of the Rosenbergs that it’s scary.

By all accounts, the Rosenbergs believed strongly in socialism and didn’t think it was good for the United States to be the world’s only superpower—a philosophical position The New York Times seemingly espouses.

As someone who has seen most of the rest of the world and has visited, lived, and worked in well over 100 countries, I can tell you that the United States is absolutely the best country in the world and American exceptionalism is alive and well.

The world is a better, safer place because of the United States, and only a fool would argue otherwise.